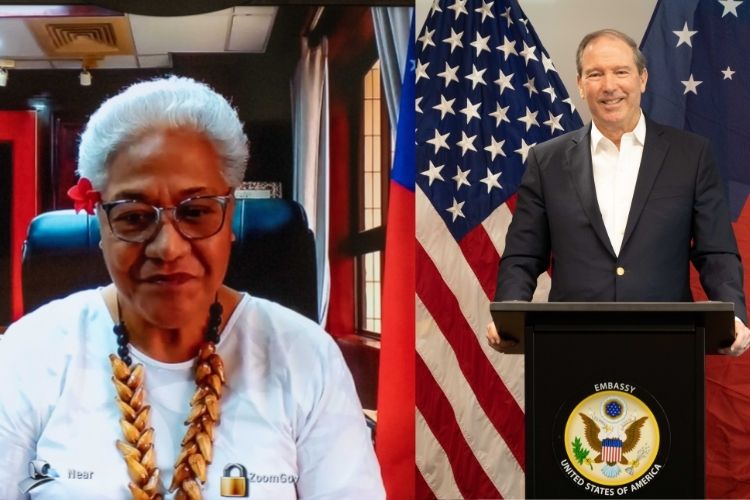 Ambassador Udall underscored the U.S. commitment to climate action and acknowledged that climate change is an existential concern for many large ocean states in the South Pacific.  The Ambassador highlighted U.S.-Samoan cooperation in areas including education, security, health, and infrastructure.  Prime Minister Fiamē and Ambassador Udall also discussed the importance of coordination and the need to work together to ensure the safety, freedom, and prosperity of our shared region.

Although the meeting focused on bilateral and regional matters, Prime Minister Fiamē and Ambassador Udall also discussed Russia’s brutal, unprovoked, and unjustified assault on the people of Ukraine.

This was the Ambassador’s first courtesy call since his February 17 credentialing ceremony.