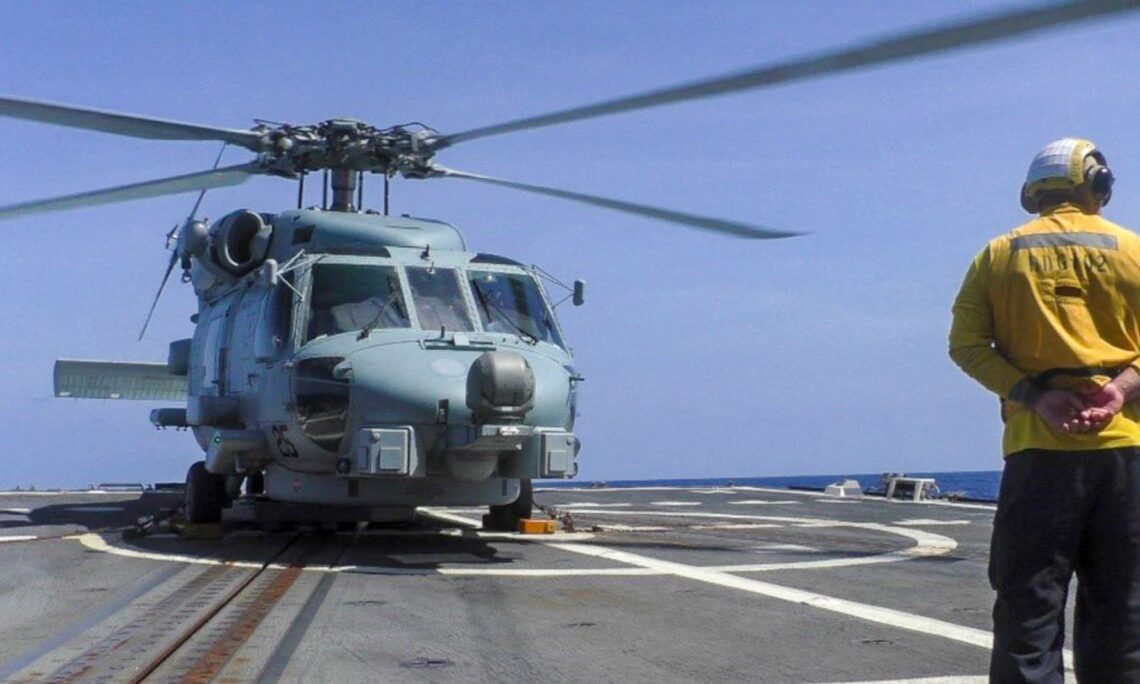 An MH-60R Seahawk Helicopter aboard the guided-missile destroyer USS Sampson prepares to take off to conduct life saving actions in support of disaster relief efforts in Tonga. The island nation was hammered by a volcano and resulting tsunami. The Sampson is operating in conjunction with vessels fro

Assistance to Tonga in the Wake of the Hunga Tonga-Hunga Ha’apai Eruptions and Tsunami:

The United States continues to increase its assistance to the Kingdom of Tonga in the wake of the recent Hunga Tonga-Hunga Ha’apai volcanic eruptions, ashfall, and tsunami.

As announced yesterday, the United States will provide, through the U.S. Agency for International Development (USAID), an additional $2.5 million in humanitarian assistance for those affected by this disaster. The new funding will supplement the $100,000 in immediate assistance announced by U.S. Chargé d’Affaires in Suva Tony Greubel soon after the initial eruptions.

The guided-missile destroyer USS Sampson is part of a multinational effort aiding the Pacific Ocean Kingdom of Tonga in the aftermath of the Jan. 15 eruption of the undersea volcano Hunga-Tonga-Hunga-Ha’apai.

The ship, part of the Abraham Lincoln Carrier Strike Group, arrived at the island nation yesterday. Even before arriving off-shore the ship launched its helicopter to conduct intelligence, surveillance and reconnaissance damage assessment of remote islands Niuafo’ou, Fonualei, Ofu and Fonuafo’ou, according to Navy Capt. Kyle Raines, the director of public affairs at U.S. Indo-Pacific Command.

“The USS Sampson is on scene now,” Raines said in an email message. “She is providing lifesaving efforts and assistance alongside France, Australia, New Zealand, the United Kingdom, Japan and others. The multinational approach by allies and partners to assist friends in need demonstrates our shared values towards regional stability and security.”

President Joe Biden spoke with Japanese Prime Minister Fumio Kishida about aid to Tonga during a call from the White House Jan. 21. Noting the critical situation in Tonga after the recent volcanic eruption and tsunami, the two leaders reinforced the importance of working together to provide any support necessary to this and future humanitarian disasters in the region, according to a White House read-out of the meeting.

The explosion of the volcano was seen from space and could be heard as far away as Alaska. The tsunami from the eruption was felt as far away as Japan, South America and North America. Tonga — only about 40 miles from the volcano — was hit the hardest. Tongan officials said three people were killed in the kingdom.

Ash from the volcano has covered Tonga and fouled the sources of drinking water for the 108,000 Tongans. The ash cloud from the eruption reached 30 miles into the atmosphere.