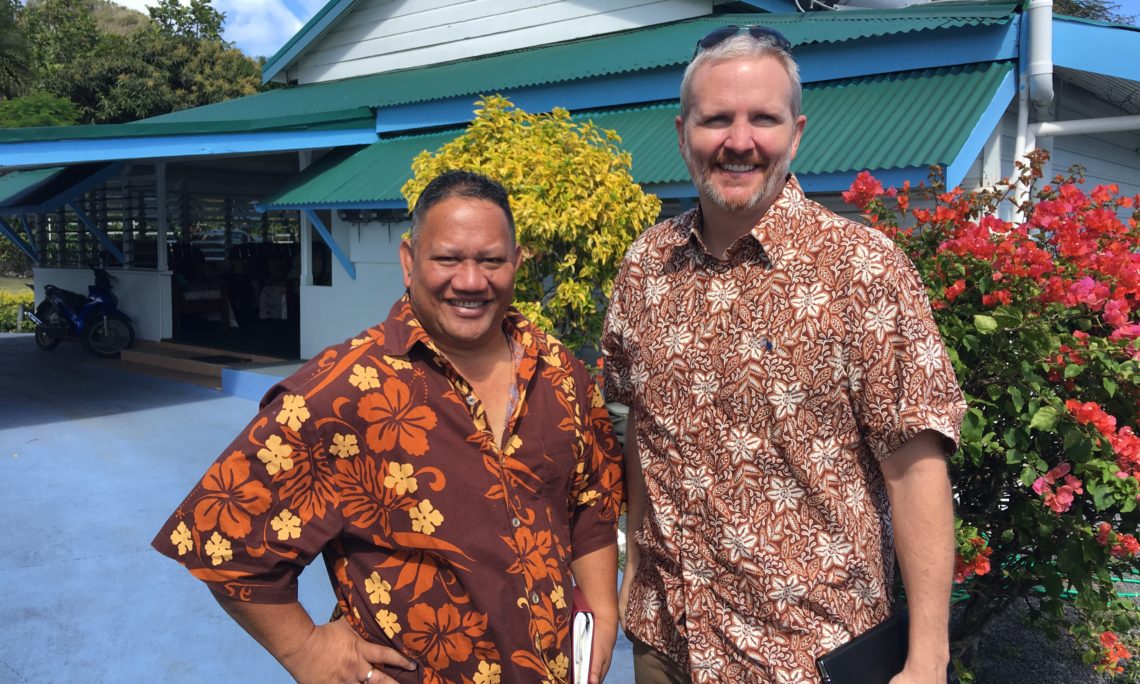 Samoa has set an ambitious goal of being 100 percent renewable (transportation sector excluded) by 2025. The most visible progress in recent years has been the establishment of several solar stations owned by independent power providers who sell electricity back to the state-owned utility company that operates Samoa’s national grid.  In July, Tesla completed the installation of a USD$8.8 million dollar, 13 megawatt hour (MWh) battery storage system.

Comprised of 15 islands, 12 of which are inhabited, the Cook Islands has almost completed a New Zealand-government funded shift to 100 percent solar generation in 10 of the 12 inhabited islands, with a goal of 100 percent renewable energy use (excluding transport) across the country by 2020. 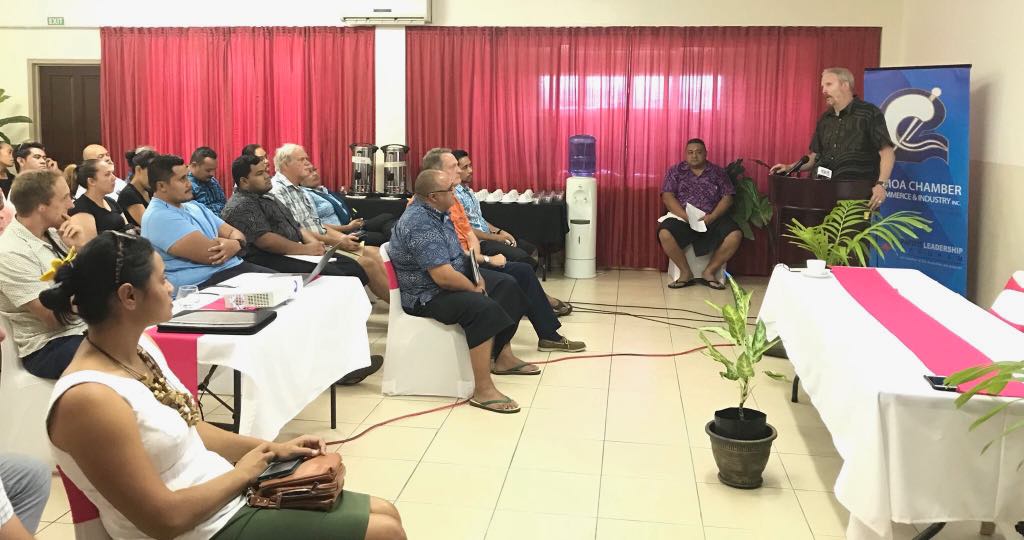 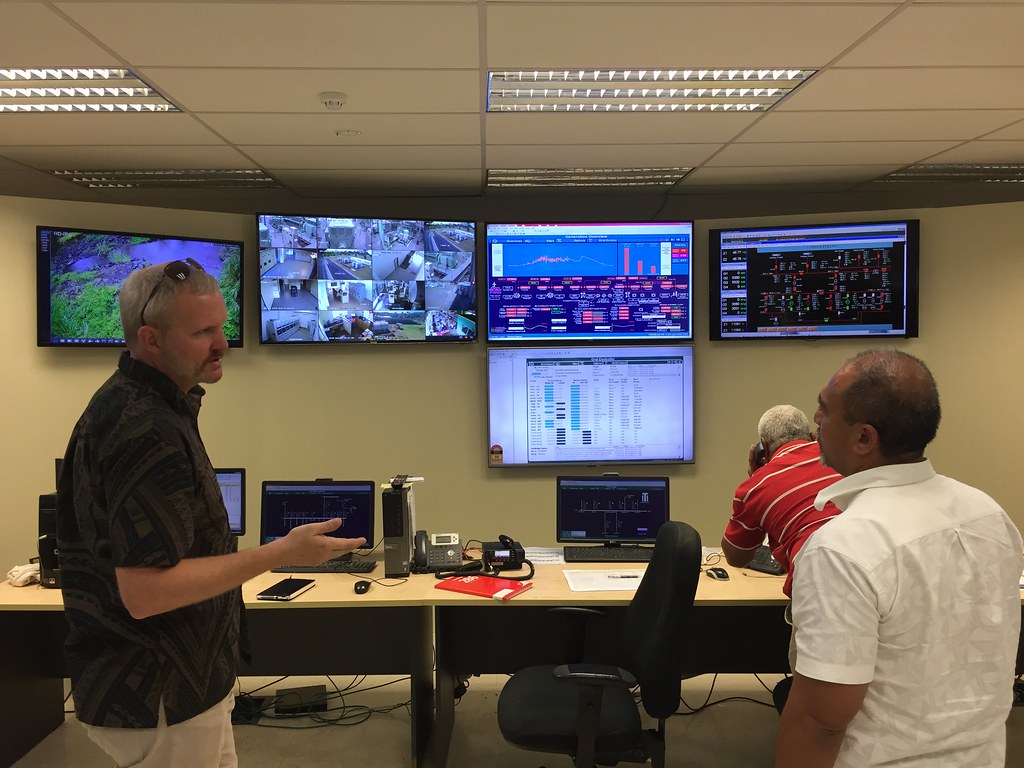 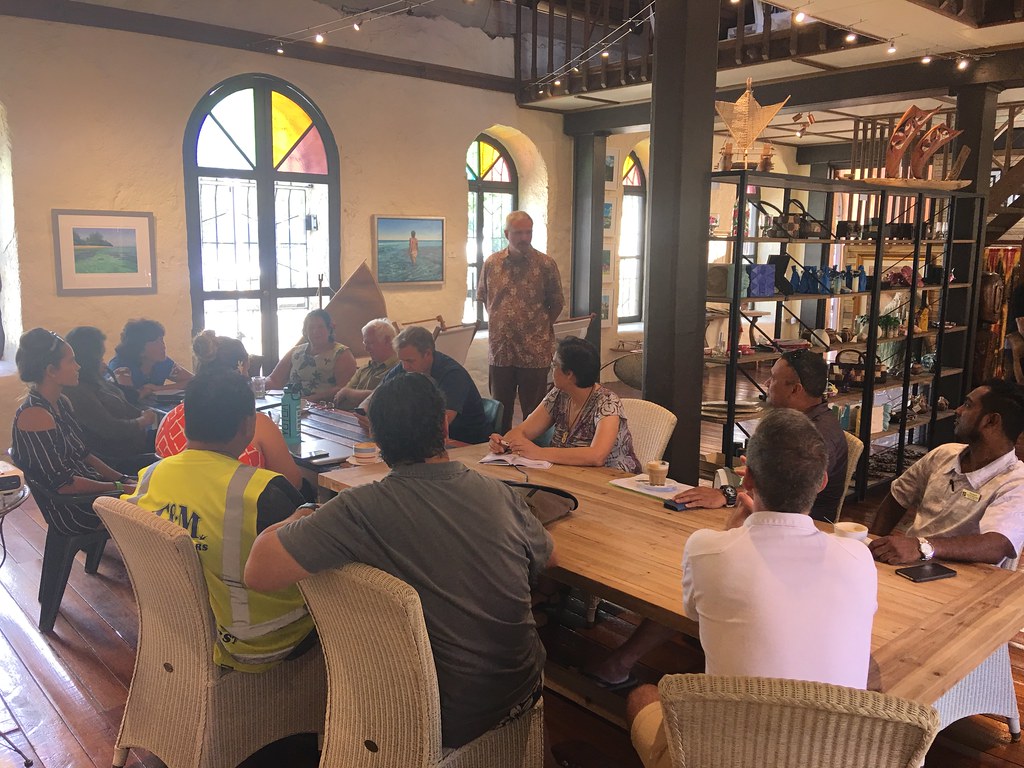 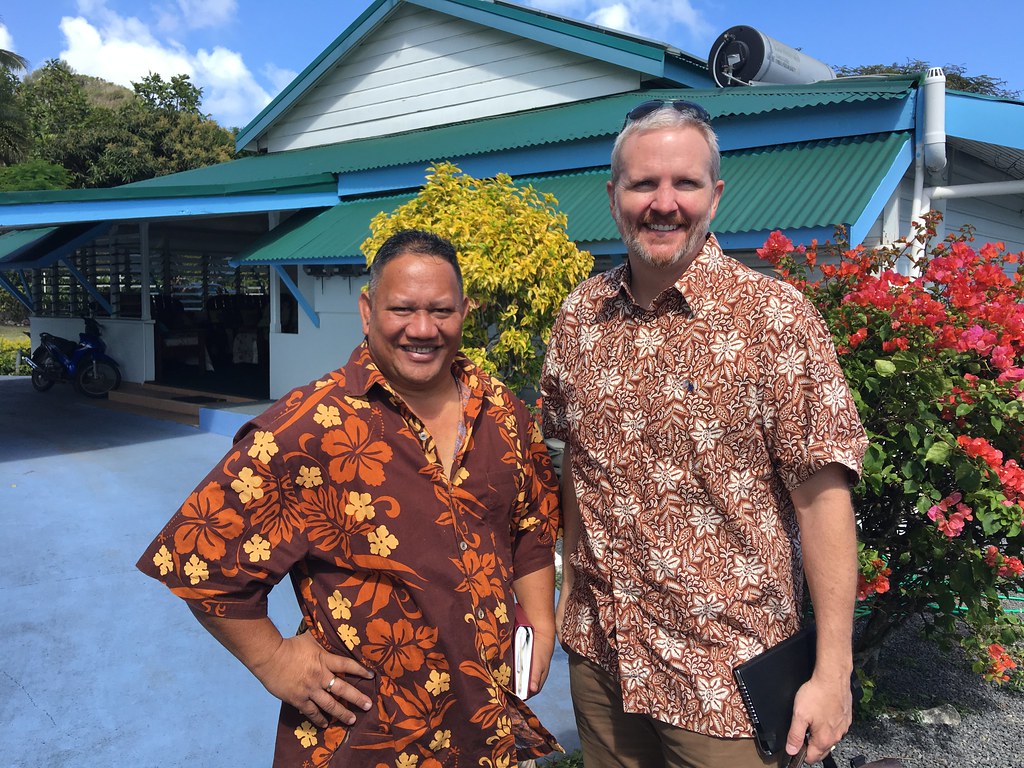 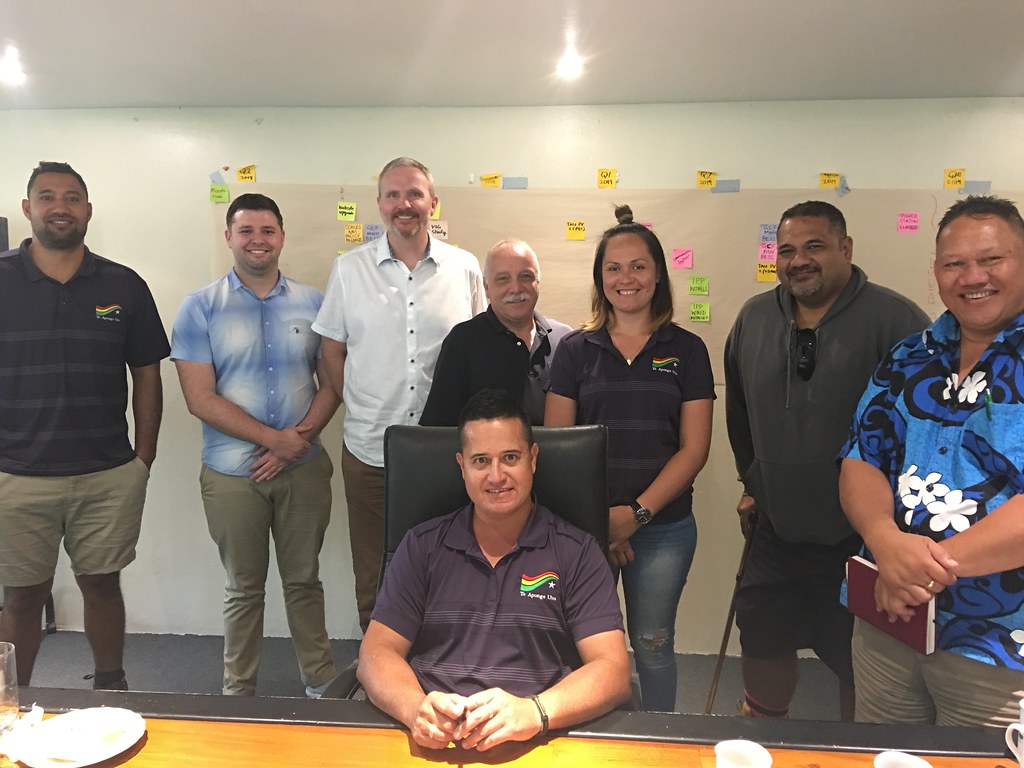 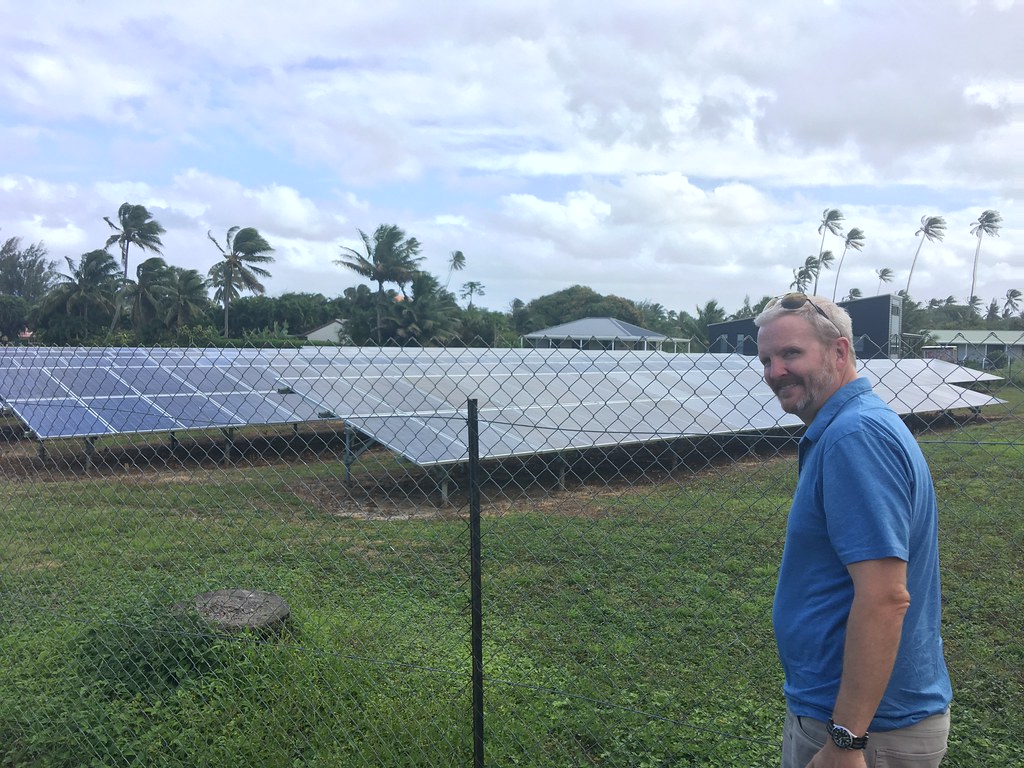 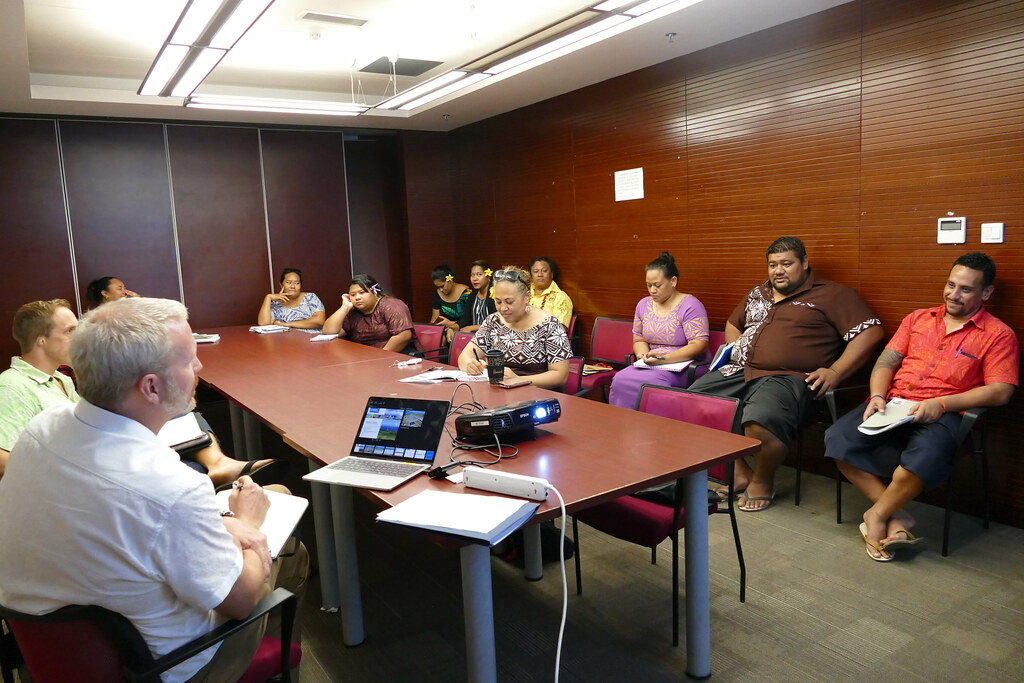 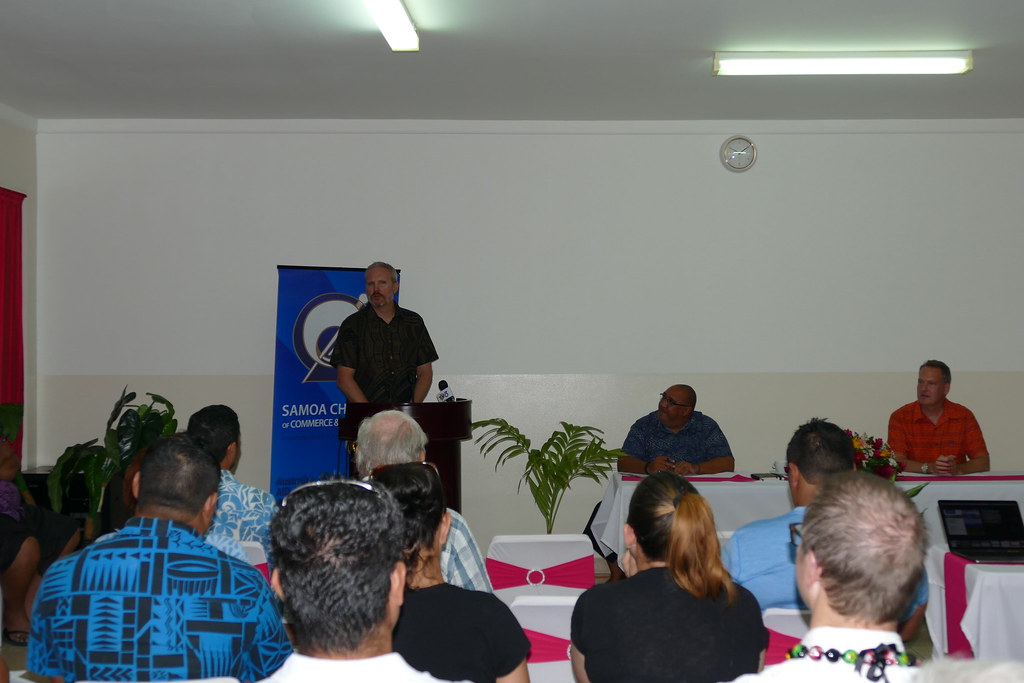 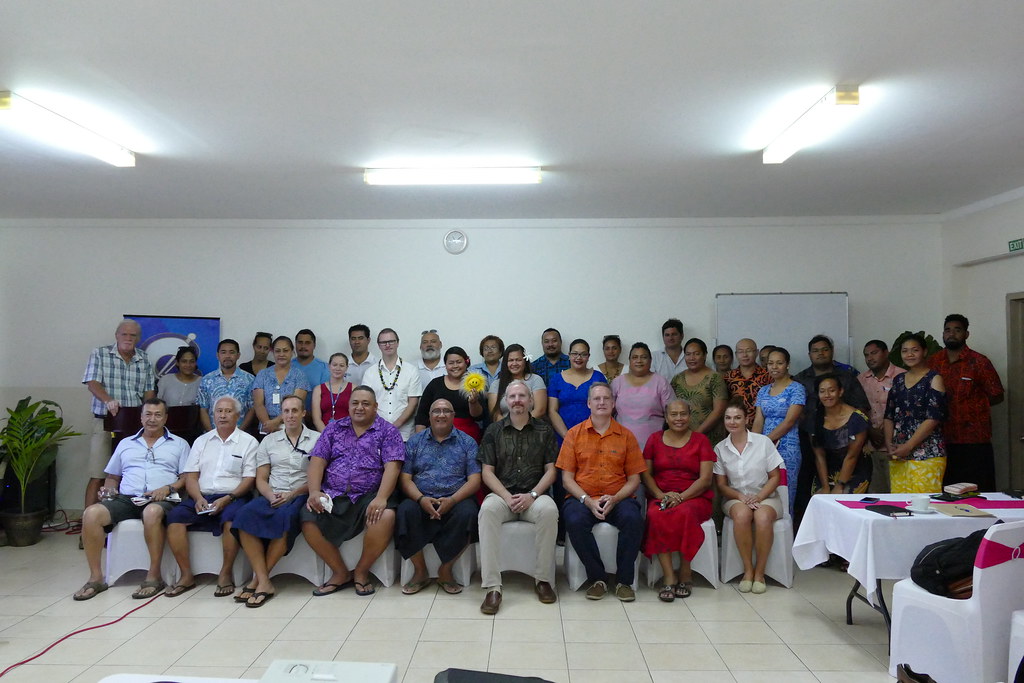 Dr. Warren’s visit was designed to share ideas and pathways as each country works toward their targets of achieving 100 percent renewable energy – by 2020 in the Cook Islands and by 2025 in Samoa – by sharing U.S. expertise and experience on renewable energy initiatives in island contexts, including American Samoa, Guam, Hawaii, and Puerto Rico.

In Samoa, Dr. Warren met with the Ministry of Natural Resources and Environment, Ministry of Finance, Electric Power Corporation (EPC), the Office of the Regulator, and other senior government officials. Broadening his audience, he also gave a public lecture at the National University of Samoa and spoke to the Samoa Chamber of Commerce, discussing the latest trends, systems and policies in the solar space.

Some 1,500 kilometres across the Pacific, in the Cook Islands, Dr. Warren led policy-focused workshops with government officials responsible for power networks across 10 of the 12 inhabited Cook Islands – as well as the state-owned power company (Te Aponga Uira, or TAU) that manages power generation for the largest island, Rarotonga.

While visiting, Dr Warren also met with the Office of the Prime Minister’s Director for Central Policy and Planning, members of the Cook Islands Chamber of Commerce, environmental NGO Te Ipukarea Society, and the New Zealand High Commission.

With 10 islands in the country now running on 100% renewable solar power, the Cook Islands visit offered a unique opportunity to discuss the advantages (and challenges) as a result of a shift from traditional power generation systems, and learn about the Cook Island’s own world-leading efforts in this area.