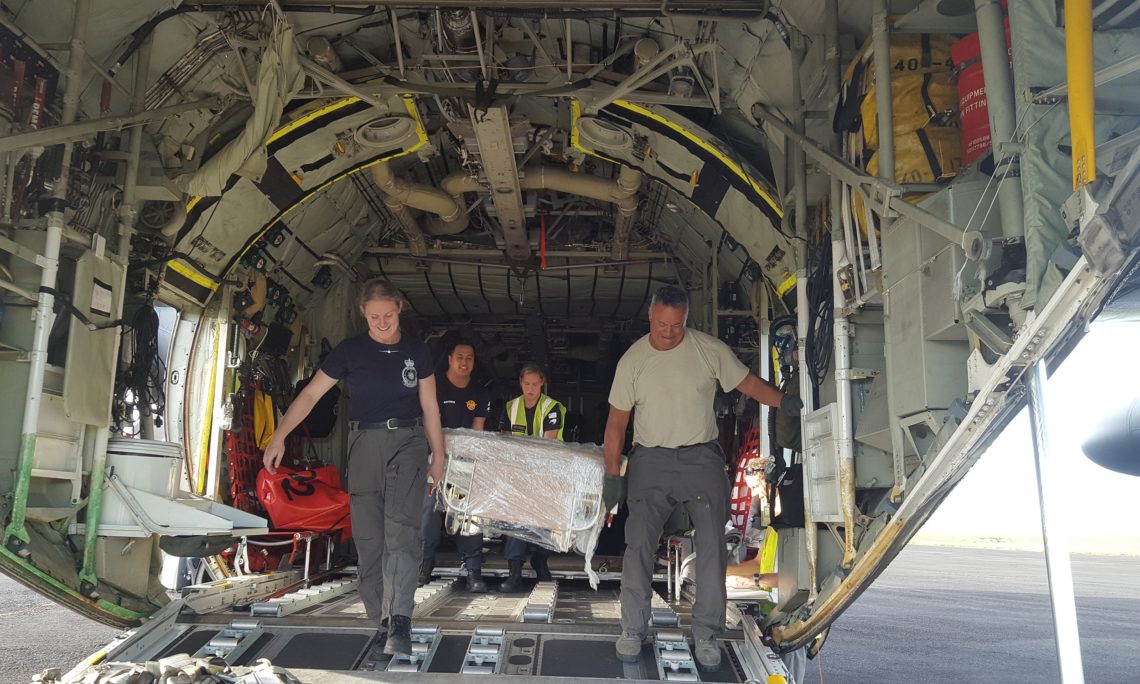 The U.S. INDOPACOM and U.S. Embassy Wellington are donating dozens of pieces of medical equipment to Samoa.

“We’re using standard commercial transport to get many of the items like defibrillators, nebulizers, and ultrasounds to Samoa and NZDF is helping with the heavier items.” says U.S. Ambassador Scott Brown.

“They’re making the impossible, possible. We’ve purchased medical gear such as patient beds and crash carts here in New Zealand and, without NZDF’s support, getting them to Apia would have been extremely challenging. We have a great working relationship with NZDF and this assistance is just another example of our cooperation in the Pacific. As Minister Peters pointed out in Washington recently, making a difference in the region is a joint effort. We can do more together than alone.”

“We have worked closely with the Samoan Ministry of Health and we are providing what the Samoan Government has determined is most needed. This request for equipment augments a U.S. contribution of hospital personnel which will supplement staffing at Samoa’s National Hospital while local doctors and nurses are providing medical support to the Pacific Games.”

The Games officially start on 7th July.  The donated equipment will be delivered to the Tupua Tamasese Meaole Hospital in Motootua which will then disperse it around the island.