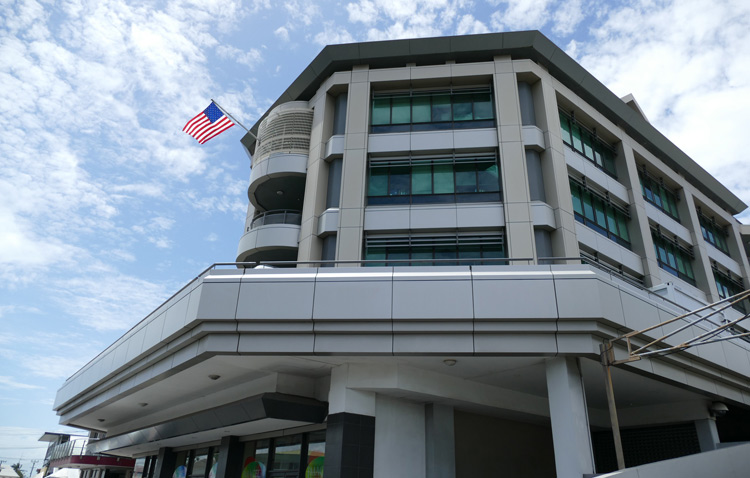 The United States has maintained a presence in Samoa since 1991. Today, Apia is the seat of government and the largest population center. The U.S. Embassy in Apia represents U.S. interests throughout the Samoan islands.

The Ambassador, based in Wellington, is the personal representative of the President of the United States. As the chief advocate of U.S. policy, he is supported by personnel from the Department of State and other U.S. agencies.  The daily management of the U.S. Embassy in Apia is carried out by a Chargé d’Affaires.

The Embassy reports and analyzes developments in Samoa of concern to the United States, and advances a broad range of U.S. policy initiatives.

The Embassy engages the government and a range of organizations and individuals in Samoa to promote shared values. Among others, these include individual freedom, human rights and democracy and the rule of law.

Find out more about U.S. – Samoa relations on our Policy and History page.