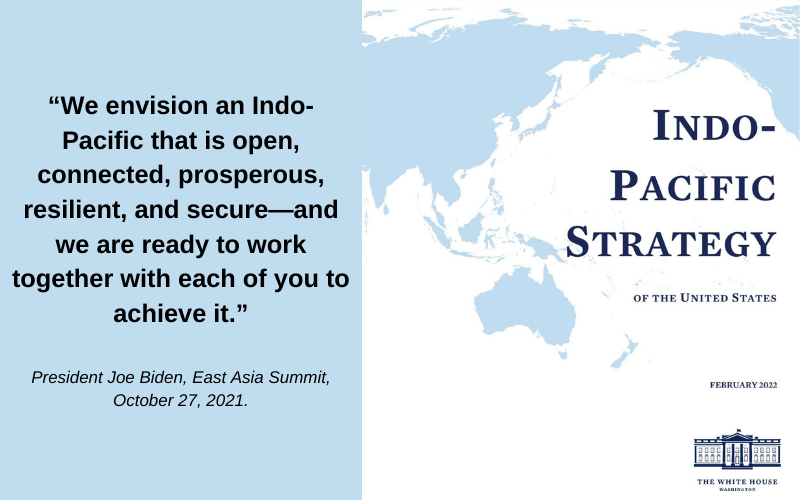 “As Pacific nations, the United States, New Zealand, and Samoa have a deep history and partnership. Our relationship is one of mutual trust, common values, and unwavering friendship. President Biden’s Indo-Pacific Strategy builds upon this foundation and ensures the United States’ presence in this vital region for the future.” – U.S. Ambassador Udall.

The Biden-Harris Administration has made historic strides to restore American leadership in the Indo-Pacific and adapt its role for the 21st century. In the last year, the United States has modernized its longstanding alliances, strengthened emerging partnerships, and forged innovative links among them to meet urgent challenges, from competition with China to climate change to the pandemic. It has done so at a time when allies and partners around the world are increasingly enhancing their own engagement in the Indo-Pacific; and when there is broad, bipartisan agreement in the U.S. Congress that the United States must, too. This convergence in commitment to the region, across oceans and across political-party lines, reflects an undeniable reality: the Indo-Pacific is the most dynamic region in the world, and its future affects people everywhere.