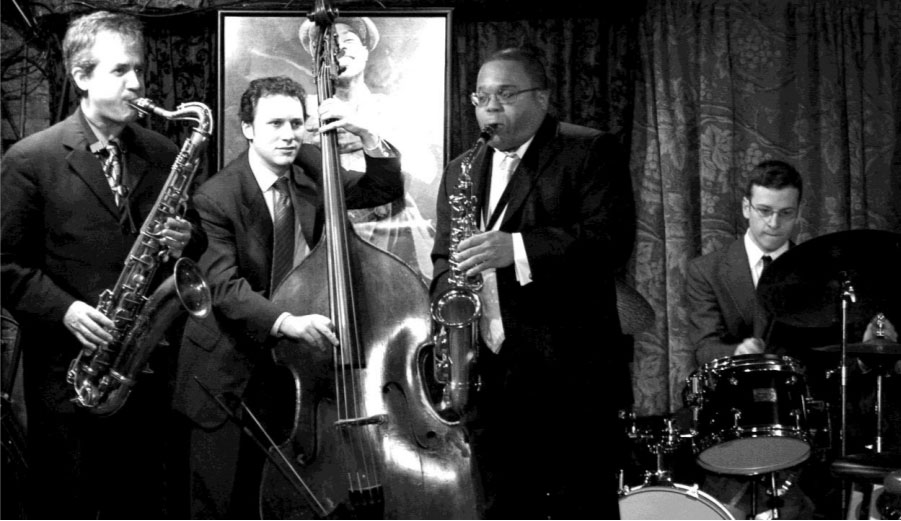 The Ari Roland Jazz Quartet will touch down in Samoa on Tuesday 7 November and will perform in this year’s Samoan Jazz and Arts Festival.

The Samoana Jazz and Arts Festival this year will feature a jazz quartet from the United States, the country where jazz was born and where the first recording of the new music genre was made 100 years ago this year. The Ari Roland Jazz Quartet from New York City is due to arrive in Samoa on Tuesday 7 November. The Samoana Jazz and Arts Festival Board will welcome the band on Tuesday evening at the Tiapapata Art Gallery. “We have been showing a documentary film series on the history of jazz so it is fitting that the Ari Roland Jazz Quartet be welcomed here given that their music is inspired by the great masters of jazz featured in the film series – Louis Armstrong, Duke Ellington, Charlie Parker and Dizzy Gillespie,” stated Galumalemana Steven Percival, Chairman of the Samoana Jazz and Arts Festival Board. “Jazz lovers are welcome to join us in welcoming the quartet to Samoa,” he added. The Quartet members learned to play under the guidance of the living legends of Jazz in New York and perform songs from the Golden Age of Jazz (1930s – 1950s). Their own original compositions are celebrated by the international jazz press. The tour to Samoa is supported by the United States Embassy in Apia. “The U.S. State Department is pleased to support the 2017 Samoana Jazz Festival, and very excited to be bringing a group as talented as the Ari Roland Jazz Quartet to share this truly American art form with Samoa,” said U.S. Embassy Apia Chargé d’Affaires Tony Greubel. Their program will include community performances at the LDS Church College Pesega, at Poutasi village, and at the Home Café, leading up to the Jazz and Arts Festival events on the weekend of 10–12 November 2017.

The quartet is named after double bass player Ari Roland, who emerged as a fully professional jazz bassist in New York City at the age of 16. Ari also received classical training for 5 years at The Juilliard School. He has toured and recorded with many of the most significant figures in jazz including Barry Harris, Betty Carter, Lou Donaldson, Wynton Marsalis, Marcus Roberts and Harry Connick Jr., and his CDs have received widespread critical acclaim. As a “Jazz Ambassador” for the US Department of State, he has travelled to some 40 countries for over 100 cultural diplomacy tours. Zaid Nasser, alto saxophone, was born and raised in New York. The son of jazz and blues master Jamil Nasser, he learned directly from the legends of jazz. At 19 years of age he returned to Memphis, the birthplace of the blues, playing for two years with blues icon Calvin Newborn. Returning to New Samoana Jazz and Arts Festival 2017 Press Release (issued 1 November 2017) York, he was a featured soloist with Panama Frances’ “Savoy Sultans”, and with the pioneering jazz organist Bill Doggett. He has toured throughout Europe, Asia, the Middle East and Africa, bringing jazz and blues to new audiences, and his recordings have been included on many “Top 10 of the Year” critic’s lists.

Chris Byars, tenor saxophone, is a native of New York City. He began his professional career singing with The Metropolitan Opera Company at 6 years old, taking up the saxophone at age 14. He is equally recognized as an outstanding composer and arranger, having received prestigious awards and commissions from many organizations, including The Tanne Foundation and Chamber Music America. Chris has been on the faculty of Jazz At Lincoln Centre and was the recipient of a major grant for bringing the music of Bashir Quasam into the New York City Public School System. Keith Balla, drums, was born in Austin, Texas. Keith moved to New York City in 2004, beginning his professional career in the city at the age of 17. In addition to appearances in US and international jazz festivals, he performs regularly in New York with many of the city’s dynamic young jazz artists. He has conducted jazz drum clinics in over 30 countries, and continues to record in New York. His musical maturity has made him a favourite of many of New York’s most respected veteran drummers.

The Ari Roland Quartet will also share their knowledge and experience in a special workshop with musicians at the National Orchestra of Samoa.

Find out more at: samoanajazz.com