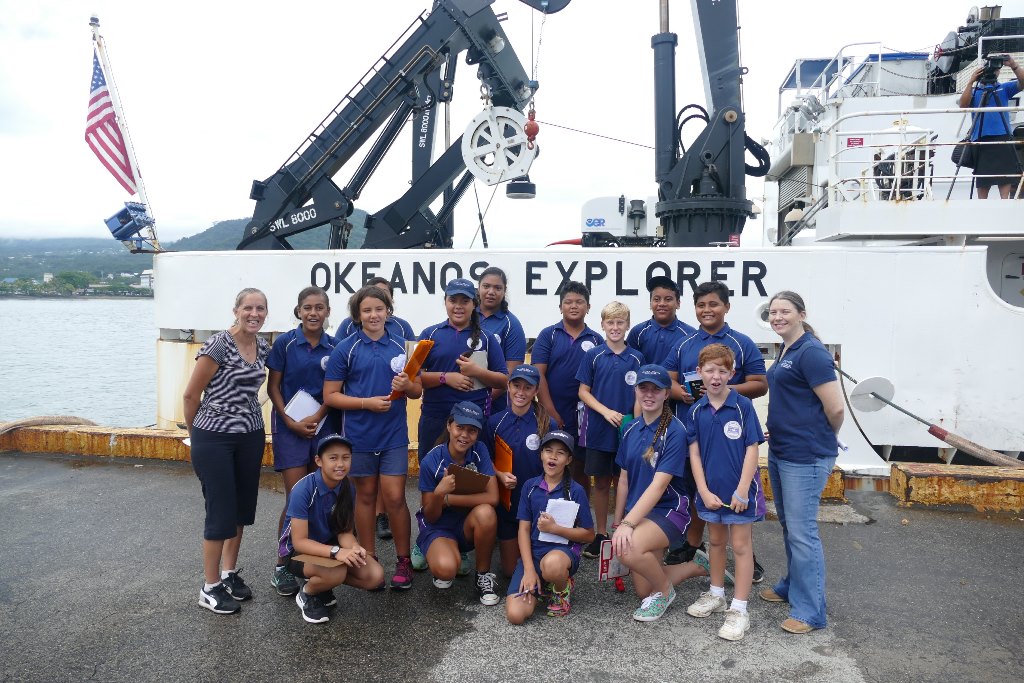 Scientists from the U.S. National Oceanic and Atmospheric Administration (NOAA) are in Apia Harbor as part of a joint deep-water research mission between American and Independent Samoa.

On Friday morning, science students from several local schools, the National University of Samoa and civil society groups went on-board for a tour of NOAA Ship Okeanos Explorer to learn more about the deep-sea technologies used to explore the ocean: deep-water sonars; a two-body remotely operated vehicle that can dive to 6000m (nearly 4 miles), and telepresence – enabling teams of scientists to participate in the expedition remotely from shore.

NOAA’s Office of Ocean Exploration and Research is collaborating with partners to conduct two telepresence-enabled ocean exploration cruises in the region. These cruises will use the ship’s capabilities to investigate unknown and poorly known deepwater areas in American Samoa and Samoa, with an emphasis on the Rose Atoll Marine National Monument and National Marine Sanctuary of American Samoa. The expedition is part of a major multi-year foundational science effort focused on deepwater areas of U.S. marine protected areas in the central and western Pacific.

Also onboard the ship is engineer and videographer with the Global Foundation for Ocean Exploration, Dan Rogers, who delivered a presentation to the general public on Friday night at Apia Yacht Club, drawing comparisons between ancient and modern ocean exploration, including deep sea robotics.  Mr. Rogers has sailed a number of times onboard Hokulea, the legendary traditional Polynesian voyaging canoe, which has given him a unique platform to be able to discuss both traditional and modern navigation in depth.  This program was in collaboration with Global Foundation for Ocean Exploration, Samoa Voyaging Society, NOAA and the United States Embassy in Apia.