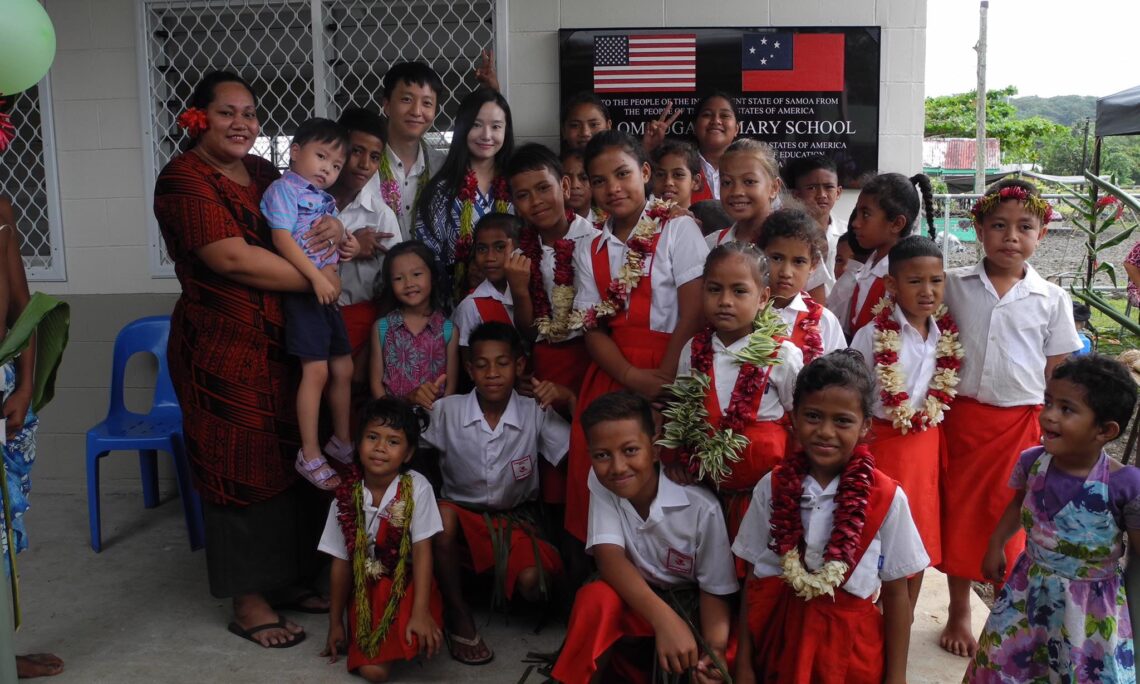 “This project was the direct result of discussions between our Embassy and your Ministry of Education, Sports, and Culture, when we asked how we could assist with any primary schools in most need of repair or rebuild,” said Chargé d’Affaires Yoo.

The school building was rebuilt in accordance with the International Building code and U.S. engineering standards.  The new building includes:

At a June 16 ceremony, caretaker Minister of Education, Sports, and Culture, Honorable Loau Keneti Sio, gave the keynote address while Chargé d’Affaires Yoo delivered remarks on behalf of the United States Government.  Both speakers thanked the development and community partners that helped bring the project to fruition.

“Although funded by the U.S., all works were completed by a local Samoan builder.  We contracted the services of Schwartz Construction Limited to ensure that this facility, built for Samoans, was constructed by Samoans,” Chargé d’Affaires Yoo said.  He added that, “Our hope is that this new facility will greatly enhance the education experience at Asaga Primary for years to come.”

This project was funded by the U.S. Department of Defense’s Overseas Humanitarian, Disaster, and Civic Aid fund.  This is the same fund that built the Faleolo Medical Center, renovated several schools in the Safata district, rebuilt the Asaga Primary School, and has further planned construction works at Magiagi Primary School.