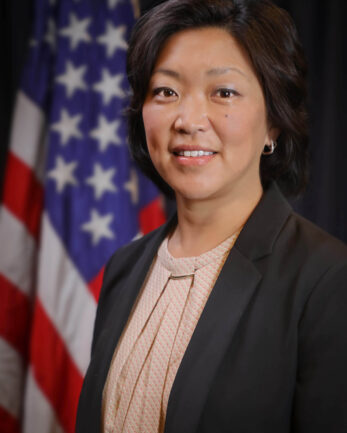 A career member of the Department of State’s Foreign Service, Supervisory Special Agent Noriko Horiuchi arrived in Samoa to serve as Chargé d’Affaires at U.S. Embassy Apia in October 2022. Previously, Noriko served as Regional Security Officer at U.S. embassies in Santiago, Chile and Lomé, Togo. She was knighted Order of Mono of the Republic of Togo for her work in combatting wildlife trafficking. Noriko has also served at the U.S. Missions in Geneva, Switzerland; Kabul, Afghanistan; and Baghdad, Iraq. In Washington D.C., she served as the Bureau of Diplomatic Security and Department of State’s senior liaison at the Central Intelligence Agency’s Directorate of Operations. Noriko was the lead U.S. government major events security coordinator for the 2015 Pan-American Games in Toronto and the 2016 Olympic Games in Rio de Janeiro.

Before joining the State Department, Noriko was a project manager for turn-key projects with an emphasis on large transportation projects including airports and railway systems. She speaks Japanese, Spanish, and French. Noriko is originally from Los Angeles, California and is joined in Samoa by her spouse, Lukas, and their two children, Lena and Clara.