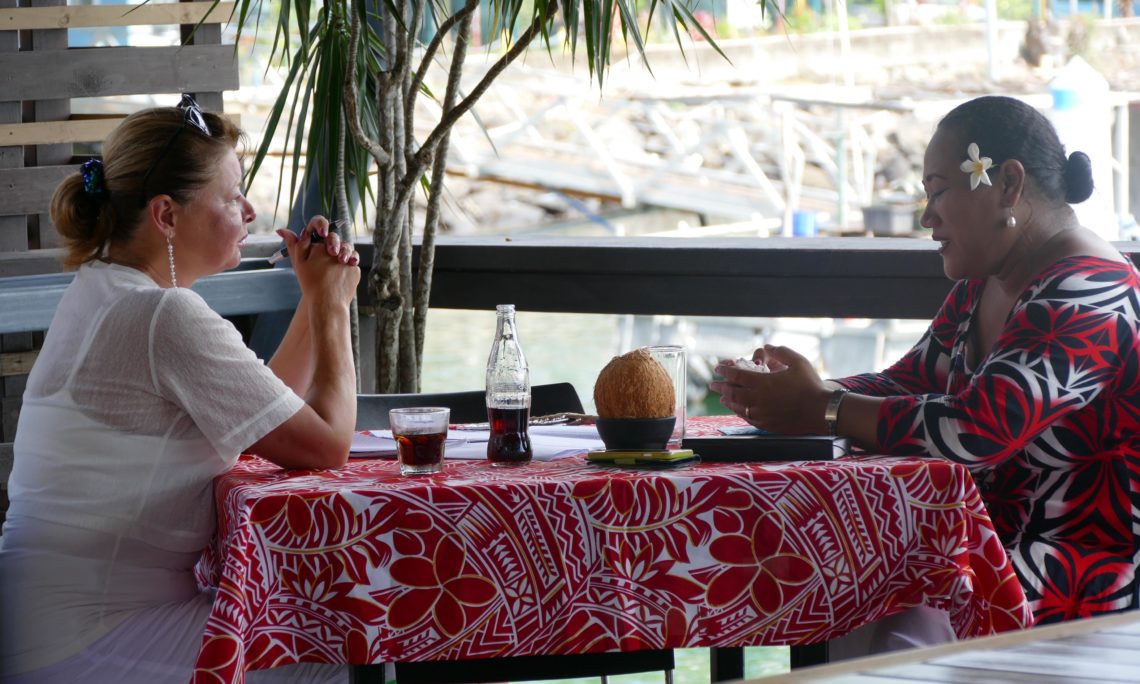 For the next blog post in the Pacific Women Leaders series, I met with Ilalegagana Kenesareta Moananu.

As Samoa’s first woman to become a sea captain, Ilalegagana Kenesareta Moananu knows how to push boundaries.  She is the first female captain working for Samoa Shipping Corporation Limited, and she’s constantly advocating for more women to join the maritime industry.  It’s been her career for the past ten years.

“Being a captain is difficult, but being a female captain is harder because the job is dominated by men and they don’t trust you can do the job,” she explains.

Ilalegagana is proud to have been the first woman to graduate from the Samoa Shipping Maritime Academy (SSMA).   Since then, she has worked as an Able-Bodied Sea Woman on the MV Lady Samoa II, Lady Samoa III and Lady Naomi. All three of these ships ferry passengers between Independent Samoa and American Samoa.

Right now she’s staying on land because she’s pregnant with her third child.  During this time she’s working as Assistant Nautical Instructor for Samoa Shipping Maritime Academy, which functions under the Corporation SSCL.   She wants to get to Class 1 level, which is the highest level possible, but she needs an additional 15 months’ of training. Unfortunately, the biggest obstacle holding her back is the $22,000 NZD price tag for the maritime courses needed to complete the program.  She’s applying for scholarships.

With one brother and four sisters, the 30-year-old comes from a big Samoan family.  Her father and her grandfather were both fishermen. As a child, Ilalegagana often went fishing with her father and it was then she made up her mind to become a ship’s captain one day.

“My dad is my role model. I told him I was going to be a captain. I even knew as a kid that the process of being a captain is not easy, but I want to sacrifice now to provide for a better future for my children,” she said.

When asked if she would wanted her daughter to become a captain, she laughs replying, “I don’t want her to go through the hard work I have!”

Although women commonly work on ships by servicing the canteens, they don’t often go on to become officers.

“I’m the first lady to step up from being an officer to being a captain.  Men don’t want women to take over their jobs, so they don’t make it easy,” she says.

Her husband, Denello Moananu is a firefighter.  Ilalegagana is also certified in advanced firefighting and first aid.   Year ago, she says, her husband was against her becoming a ship captain because the job took her away from their children, but now he’s supportive and works with their extended family to care for the children when she’s sailing.

“I know only the toughest women will last.  You have to trust you can do anything.”