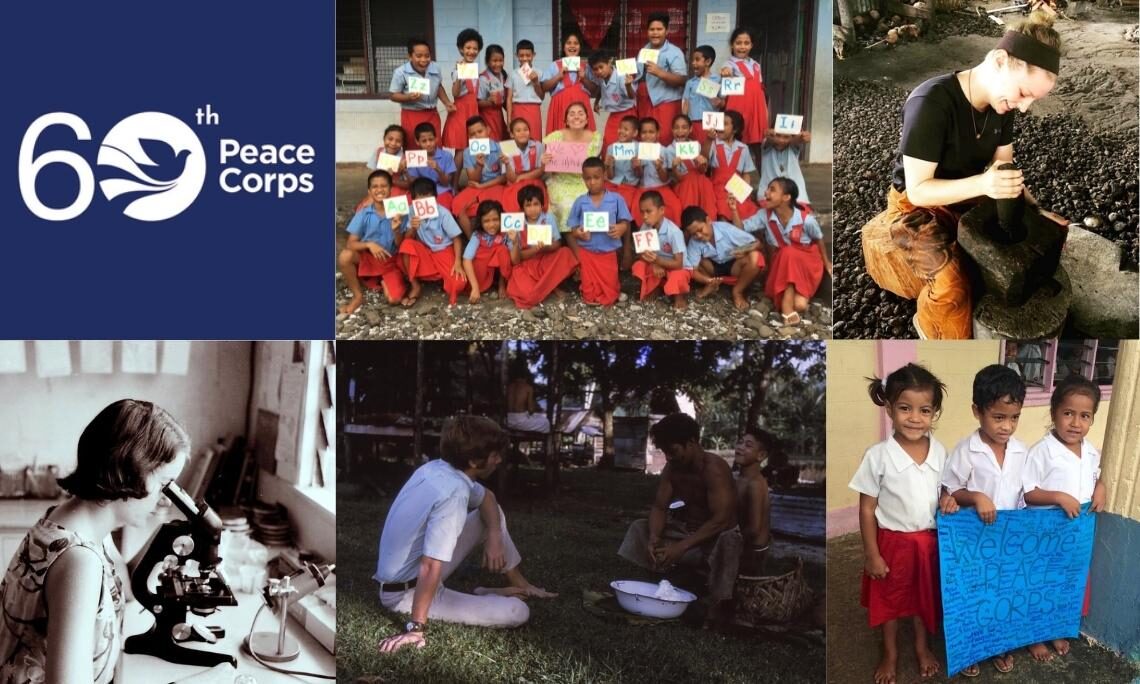 The Peace Corps was established by U.S. President John F. Kennedy in 1961. The theme for this year’s anniversary is “The Peace Corps through the Decades: Sixty Years, Countless Stories”, commemorating international peace and friendship, volunteerism, and service. Over 60 years, more than 240,000 Americans have served in 141 countries. After working alongside local leaders around the world, these individuals returned home ready to share their skills and passion for service with communities in the United States.

The Peace Corps was invited to Samoa in 1967 after a devastating cyclone. The first Volunteers worked in rural villages, leading health and hygiene projects for the Ministry of Health. These early Volunteers remain well known for the introduction of water seal toilets. The next groups to follow were civil engineers, accountants, statisticians, and economic planners. In recent years, Volunteers have been classroom co-teachers and advisors working alongside primary school teachers and the Ministry of Education, Sports, and Culture. In 54 years, over 2,000 Peace Corps Volunteers have served in Samoa.

“The Peace Corps is a very special agency. I’ve had the privilege of working for this organization for 13 years. First as a Peace Corps Volunteer in Lesotho, southern Africa, and then as staff at Peace Corps headquarters in Washington, D.C. followed by overseas stints in Jamaica and now Samoa. I’m proud and grateful for how the Peace Corps mission 60 years later continues to stand for the ideals of world peace and friendship, and calls on people from every corner of the globe to care for each other and to work side by side, as partners on a mutual journey of understanding and hope,” says Gini Wilderson, Peace Corps Samoa Country Director.

The celebration at Le Manumea Hotel will feature the Honorable Seu’ula Ioane Tua’au, Minister of Education, Sports & Culture as the special guest and will include testimonials from past Peace Corps host families, counterparts, and Volunteers themselves.

To find out more about Peace Corps Samoa, please visit: