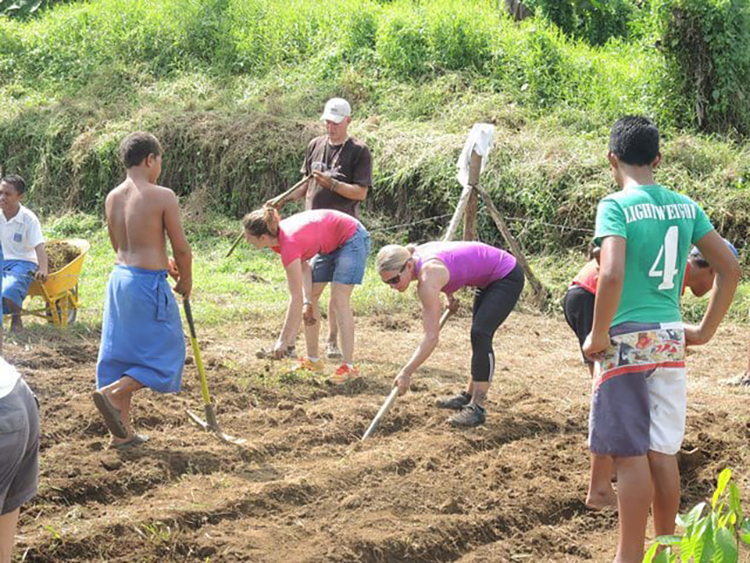 Peace Corps in Samoa a few years ago.
President John F. Kennedy established the Peace Corps on March 1, 1961, to promote world peace and friendship with countries around the globe by sending Americans to volunteer their services in developing countries.
Over six decades, it has sent 250,000 volunteers — mostly young Americans — to more than 140 countries around the world, including Samoa.
Though the Peace Corps suspended its operations and recalled volunteers for the first time in its history in March 2020 because of the COVID-19 pandemic, the organization plans to put volunteers in the field as soon as mid-to late-2021.
*****
60th Anniversary of the Peace Corps
PRESS STATEMENT
ANTONY J. BLINKEN, SECRETARY OF STATE
MARCH 1, 2021

Today, we mark the 60th anniversary of the United States Peace Corps and celebrate the volunteers and staff who have served in communities around the world, representing American values and ideals.  Established by President John F. Kennedy in 1961, the Peace Corps showcases America at its best and the importance of our continued global presence and leadership.  Peace Corps volunteers show us what it means to lead by the power of our example.

Peace Corps volunteers immerse themselves in the local culture, learn the languages of the communities they serve, build long-lasting friendships, and represent the American people to the world.  Upon returning home, they share their stories, experiences, and skills with other Americans, bringing valuable insights that help them lead in their families, communities, and workplaces.  While COVID-19 has brought unprecedented challenges, I know all Peace Corps volunteers are eager to return to service as soon as it is safe to do so.  And when they do, they will again take their places as some of our most important ambassadors of American values and bring what they have learned back home to the United States.  At the State Department, we are grateful to have many Peace Corps alumni serving in Foreign Service and Civil Service roles around the world.  I am honored to work alongside them for the benefit our country.

I send heartfelt congratulations to the U.S. Peace Corps on this momentous occasion!