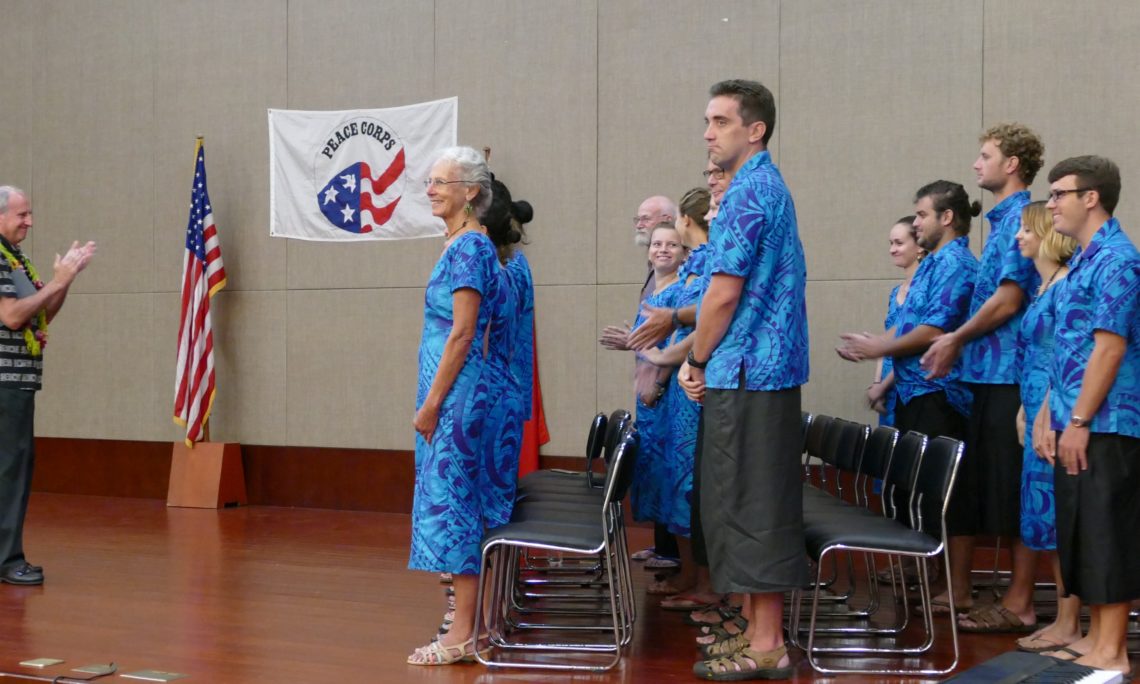 Ambassador Gilbert having just delivered the Pledge of Service to the new volunteers.. Photo credit: U.S. Department of State.

Twenty new United States Peace Corps Volunteers were sworn in on Friday, December 9th, as a final step before moving into villages to begin their two year assignments.  At the request of the government of Samoa, these 20 Volunteers will work in Samoan primary schools to help Samoan students improve their English literacy skills.   The Volunteers have just completed an intensive 10-week Pre-Service Training focusing on technical skills and Samoan language and culture and are now looking forward to beginning their service in villages across Upolu and Savai’i.

The volunteers were sworn in by His Excellency Mark Gilbert, the Ambassador to New Zealand and Samoa and were accepted for Volunteer service in Samoa by the Honorable Minister of  Education, Sports and Culture Loau Solamalemalo Keneti Sio at an inspiring ceremony at the Samoa Conference Center, TATTE building, Sogi.  The event was also attended by MESC officers, the principals of the schools where the new Volunteers will teach, host families and community members from Siumu the training village, Peace Corps staff and currently serving Volunteers.

The new Volunteers ended the program by entertaining the guests with short speeches in Samoan and a cultural song and dance they learned during training.

The new Volunteers are eager to start their two year assignments which will keep them in Samoa until December 2018.