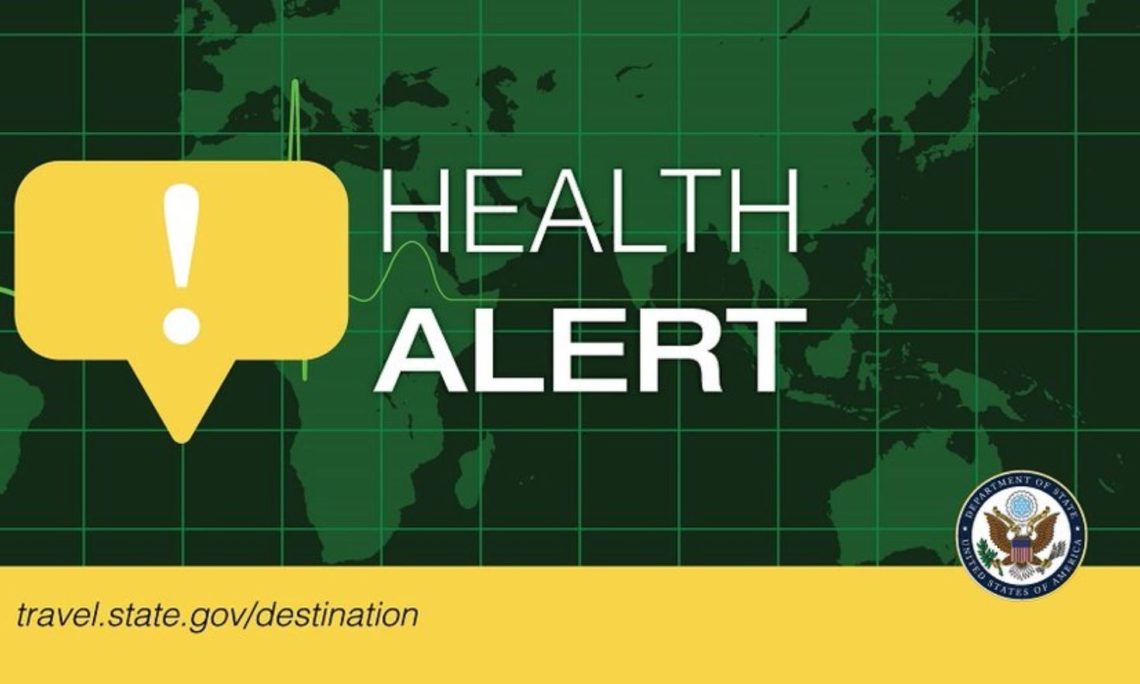 Entry of aliens who were present in China, excluding the Special Administrative Regions of Hong Kong and Macau, within 14 days prior to their arrival at the port of entry in the United States is suspended, per Presidential Proclamation.  If you reside in China, have traveled to China recently, or intend to travel to China prior to your planned trip to the United States, we recommend you postpone your visa interview appointment until 14 days subsequent to your departure from China.

Proclamation on Suspension of Entry as Immigrants and Nonimmigrants of Persons who Pose a Risk of Transmitting 2019 Novel Coronavirus.

The United States has confirmed cases of individuals who have a severe acute respiratory illness caused by a novel (new) coronavirus (“2019-nCoV”) (“the virus”) first detected in Wuhan, Hubei Province, People’s Republic of China (“China”).  The virus was discovered in China in December 2019.  As of January 31, 2020, Chinese health officials have reported approximately 10,000 confirmed cases of 2019-nCoV in China, more than the number of confirmed cases of Severe Acute Respiratory Syndrome (SARS) during its 2003 outbreak.  An additional 114 cases have been confirmed across 22 other countries; in several of these cases, the infected individuals had not visited China.  More than 200 people have died from the virus, all in China.

Neighboring jurisdictions have taken swift action to protect their citizens by closing off travel between their territories and China.  On January 30, 2020, the World Health Organization declared the 2019-nCoV outbreak a public health emergency of international concern.

Outbreaks of novel viral infections among people are always of public health concern, and older adults and people with underlying health conditions may be at increased risk.  Public health experts are still learning about the severity of 2019-nCoV.  An understanding of the key attributes of this novel virus, including its transmission dynamics, incubation period, and severity, is critical to assessing the risk it poses to the American public.  Nonetheless, the Centers for Disease Control and Prevention (CDC) has determined that the virus presents a serious public health threat.

Section 1.  Suspension and Limitation on Entry.   The entry into the United States, as immigrants or nonimmigrants, of all aliens who were physically present within the People’s Republic of China, excluding the Special Administrative Regions of Hong Kong and Macau, during the 14-day period preceding their entry or attempted entry into the United States is hereby suspended and limited subject to section 2 of this proclamation.

Sec. 2.  Scope of Suspension and Limitation on Entry.

(a)  Section 1 of this proclamation shall not apply to:

(i)     any lawful permanent resident of the United States;

(ii)    any alien who is the spouse of a U.S. citizen or lawful permanent resident;

(iv)    any alien who is the sibling of a U.S. citizen or lawful permanent resident, provided that both are unmarried and under the age of 21;

(v)     any alien who is the child, foster child, or ward of a U.S. citizen or lawful permanent resident, or who is a prospective adoptee seeking to enter the United States pursuant to the IR-4 or IH-4 visa classifications;

(vi)    any alien traveling at the invitation of the United States Government for a purpose related to containment or mitigation of the virus;

(ix)    any alien whose entry would not pose a significant risk of introducing, transmitting, or spreading the virus, as determined by the CDC Director, or his designee;

(x)     any alien whose entry would further important United States law enforcement objectives, as determined by the Secretary of State, the Secretary of Homeland Security, or their respective designees based on a recommendation of the Attorney General or his designee; or

(b)  Nothing in this proclamation shall be construed to affect any individual’s eligibility for asylum, withholding of removal, or protection under the regulations issued pursuant to the legislation implementing the Convention Against Torture and Other Cruel, Inhuman or Degrading Treatment or Punishment, consistent with the laws and regulations of the United States.

(c)  The Secretary of Homeland Security may establish standards and procedures to ensure the application and implementation of this proclamation at United States seaports and in between all ports of entry.

(d)  An alien who circumvents the application of this proclamation through fraud, willful misrepresentation of a material fact, or illegal entry shall be a priority for removal by the Department of Homeland Security.

Sec. 5.  Termination.   This proclamation shall remain in effect until terminated by the President.  The Secretary of Health and Human Services shall, as circumstances warrant and no more than 15 days after the date of this order and every 15 days thereafter, recommend that the President continue, modify, or terminate this proclamation.

Sec. 8.  General Provisions.   (a)  Nothing in this proclamation shall be construed to impair or otherwise affect:

(i)   the authority granted by law to an executive department or agency, or the head thereof; or

(ii)  the functions of the Director of the Office of Management and Budget relating to budgetary, administrative, or legislative proposals.

(b)  This proclamation shall be implemented consistent with applicable law and subject to the availability of appropriations.

(c)  This proclamation is not intended to, and does not, create any right or benefit, substantive or procedural, enforceable at law or in equity by any party against the United States, its departments, agencies, or entities, its officers, employees, or agents, or any other person.

IN WITNESS WHEREOF, I have hereunto set my hand this thirty-first day of January, in the year of our Lord two thousand twenty, and of the Independence of the United States of America the two hundred and forty-fourth.