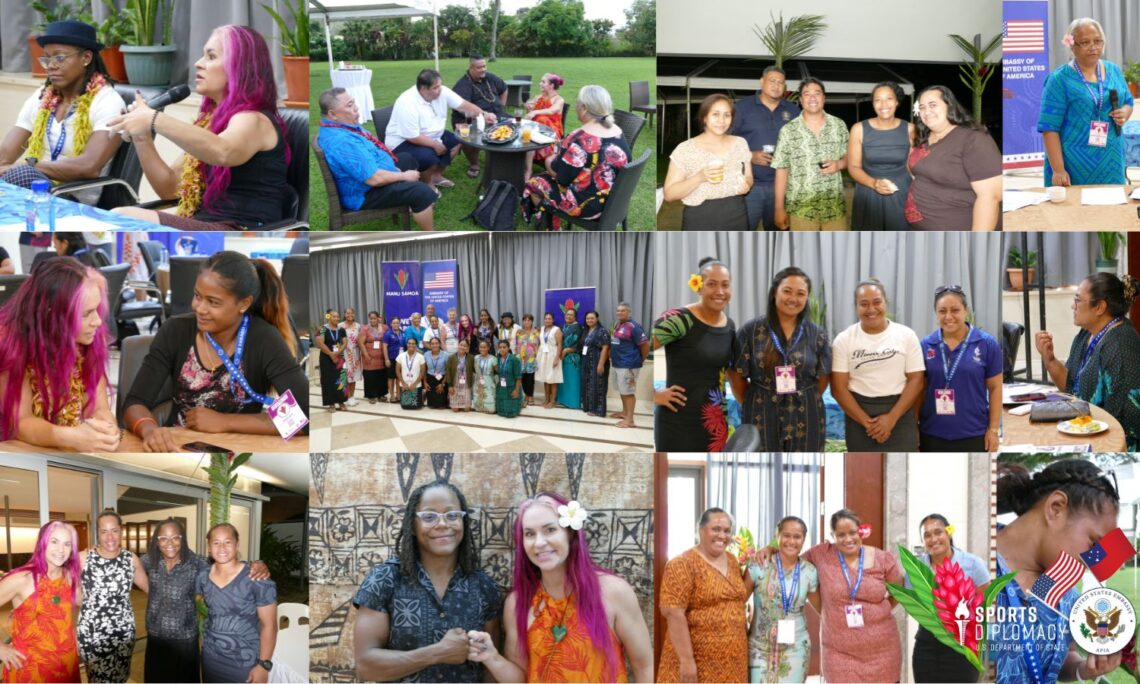 We were delighted to have Dr Jen Welter and Phaidra Knight in New Zealand and Samoa for a Sports Envoy Program in 2022.

Who are Dr Jen Welter and Phaidra Knight?

Dr Jen Welter is the first female to coach in the NFL. Widely known as a trailblazer and pioneer in professional football. She is a powerful role model and an inspiring reminder that barriers are meant to be broken. Jen has two gold medals as a member of Team USA and holds a PHD in Psychology, a Masters in Sport Psychology, and a Bachelors degree from Boston College.

Phaidra Knight is a rugby hall of famer, and current mixed martial arts (MMA) athlete. She is also a sports media talent, motivational speaker, lawyer, and entrepreneur. The Founder of PeaK, a program for incarcerated, special needs, and exploited young people which focuses on leadership and learning and promotes health and wellbeing through yoga and rugby. Phaidra also serves as one of the Board of Trustees for the Women’s Sports Foundation and USA Rugby Board of Directors.

What is a Sports Envoy Program?

The Sports Envoy Program is a State Department run Exchange Program.  Sports Envoys are athletes and coaches who travel overseas to lead programs that were developed by U.S. embassies and consulates. These American coaches and athletes hold sports clinics for young people and their coaches, participate in community outreach activities, and engage youth in a dialogue on the importance of leadership and respect for diversity. Sports Diplomacy manages the Sports Envoy programs, working in cooperation with the U.S. Olympic Committee, U.S. sports federations, and professional leagues.