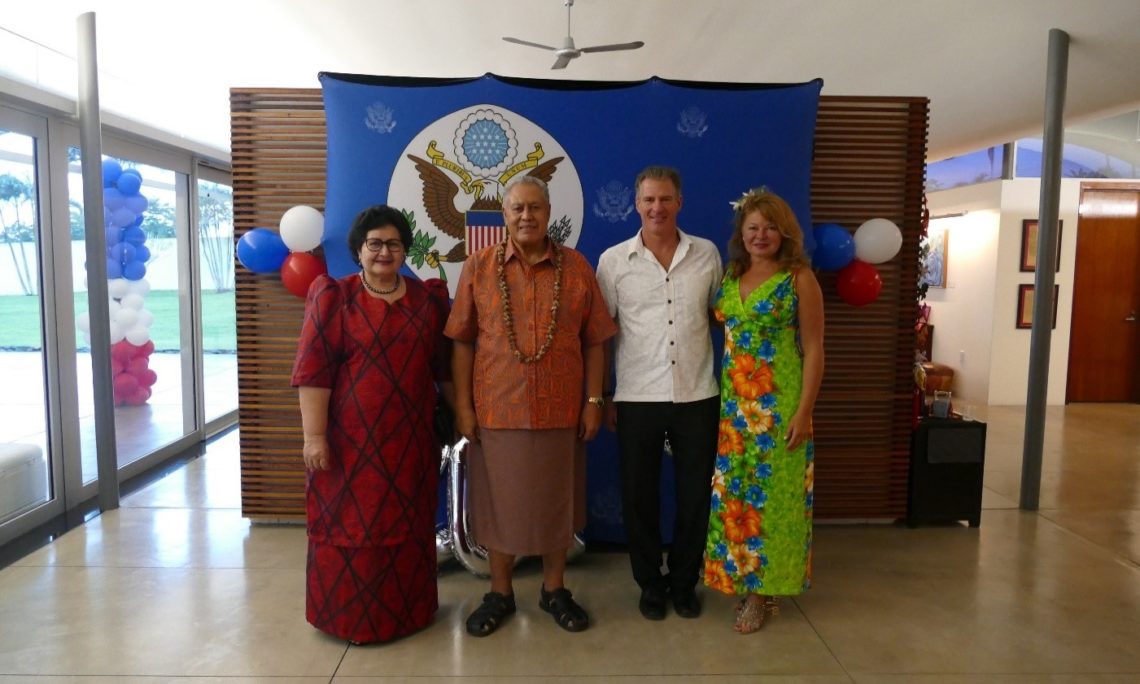 The night was filled with laughter and joy as the great American spirit of celebration was felt by everyone.  The star of the show was young Maryanne Savaiinaea, who played piano and sung both national anthems!

Over the weekend, the Ambassador toured Savaii to visit several USAID project sites, future school construction projects, and of course, to see the sights of the Big Island.

The highlight of the trip was a field visit to explore the archaeological findings of Samoa’s prehistory. Funded by the Ambassador’s Fund for Cultural Preservation, the National University of Samoa now has the country’s only online archaeological and built heritage database, which record prehistoric settlements like this one in Palauli.

On Tuesday morning, July 17 Ambassador and Mrs. Brown attended the launch of the Samoa Voyaging Society’s (SVS) Va’a Based Environmental Education Campaign “Guardians”, at Apia Yacht Club. The campaign follows the success of a similar campaign launched in 2017 “Sa Moana Folauga”, which the U.S. Government was proudly able to support. This Guardians voyage will see SVS’ traditional canoe Gaualofa tour both Upolu and Savaii island, conducting environmental education programs at various stops in villages along the way.

Later on in the morning an official meeting took place between the Ambassador and Prime Minister Tuilaepa.