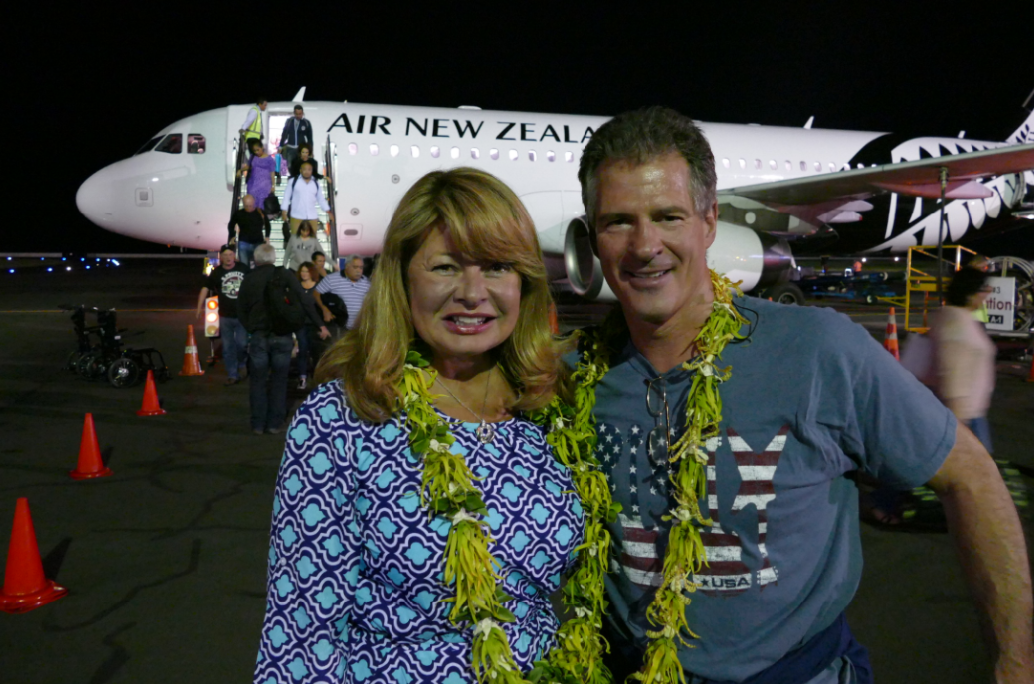 The new Ambassador of the United States to the Independent State of Samoa, Mr. Scott Brown and his wife Mrs. Gail Brown arrived in Apia on the eve of the 26th of July 2017 for their inaugural visit.  While it was their first official visit to Samoa, the Ambassador and his wife made great strides to enhance the United States’ visibility in Samoa as well as forge new ties between the U.S. and Samoa by laying out groundwork for new projects and ideas.

On Thursday morning, 27 July 2017, Ambassador Brown presented his Letter of Credence to the Head of State of the Independent State of Samoa, His Highness Tuimaleali’ifano Va’aleto’a Sualauvi II at the Official Head of State’s residence at Vailele.  In his credentialing remarks, Ambassador Brown stated how excited and honored he is to be representing the United States to Samoa, “It is a privilege to serve my country as our representative to Samoa.  I am honored to serve at this time when ties between our two countries are extremely strong.  I was only the second U.S. Ambassador to take up duties for the Trump Administration, which shows the importance the United States attaches to its relationship with Samoa.”  He expressed his eagerness to continue to expand and enhance U.S.-Samoa relations, “I am honored to assume duties alongside Gail, my wife and partner of 30 years, and with the support of my daughters Ayla and Arianna, who are building dynamic, successful careers in the United States, and are eager to visit and explore Samoa with us.  Connected by a common history and linked by the Pacific Ocean, our countries share the values of democracy, religious freedom, fair economic opportunity, and a more open global community. We actively collaborate in advancing those shared values.”

After credentialing, Ambassador Brown attended his first official meetings as the U.S. Ambassador with Government dignitaries from the Government of Samoa.  His first meeting was with the Deputy Prime Minister of Samoa, Honorable Fiame Naomi Mataafa who was also the acting Prime Minister at the time.

After the morning meetings, Ambassador and Mrs. Brown had a chance to meet the Embassy Apia staff to convey their gratitude for planning the trip, as well as share their vision and mission for the Embassy on how to strengthen the U.S.-Samoa relationship even further.

Ambassador Brown and his wife also made their first school visit on island.  This was a collaborative effort between the Embassy, Maagiagi Primary School and the Peace Corps Volunteer serving at Maagiagi.  The purpose visit was to highlight and acknowledge Peace Corps’ contribution in Samoa and encourage English literacy among the students.  During his remarks, the Ambassador commended the teachers for all the hard work and time they have invested in the lives of the young children.  He also encouraged parents to spend as much time reading and encouraging their children to work hard for a better future.

Concluding the evening, Ambassador Brown and Mrs. Gail Brown hosted Samoa’s very first Pacific Women Leaders cocktail event at the Taumeasina Resort. The evening event, spearheaded by Mrs. Gail Brown, was an opportunity to meet and get to know each participant and learn about their accomplishments.  Mrs. Brown expressed how excited and delighted she was to be amongst such an exceptional group of women leaders.  Towards the end of evening the Ambassador and Mrs. Brown presented the participants with Certificates of Appreciation to honor them and their contribution to Samoa, as well as their participation in the Pacific Women Leaders program.

On Friday, the Ambassador joined the celebration of Peace Corps Samoa’s 50th anniversary since its establishment in Samoa.  The day began with an early morning march led by the Samoa Police Brass Band which started from the police station and ended with the raising of Samoa’s flag in front of the Government Building.  The flag was raised to the Samoa National Anthem played by the Police Band.

On the evening of July 28th, 2017, the U.S. Peace Corps hosted an evening reception to celebrate their 50th Anniversary of service in Samoa. Samoan dignitaries such as His Highness the Head of State and the Deputy Prime Minister, VIPs, Peace Corps staff and volunteers, and other special guests were invited to celebrate this great milestone. The event showcased past and present Peace Corps milestones via video clips, dance, and speeches.

On Saturday evening, 29th of July 2017, the Samoa Voyaging Society (Aiga Folau) hosted Ambassador Brown and his wife for a sunset sail on board the traditional va’a or ocean vessel, Gaualofa.  The Gaualofa embodies a customary connection to the ocean that has sustained the Pacific Island people for generations.  The Samoa Voyaging Society (SVS) is a non-governmental organization that has received project funding over the years from the U.S. Embassy through its Public Diplomacy Small Grants scheme.  This year, SVS once again received funding from the Embassy for another project, the Sa Moana Folauga (Sacred Ocean Voyage).

Ambassador and Gail Brown capped off their weekend with a visit to the breathtaking To Sua Trench on Sunday.

“Partnership is not a posture but a process – a continuous process that grows stronger each year as we devote ourselves to common tasks.”

Ambassador Brown concluded his visit knowing ready to continue the long-standing partnership that exists between the U.S. and Samoa.