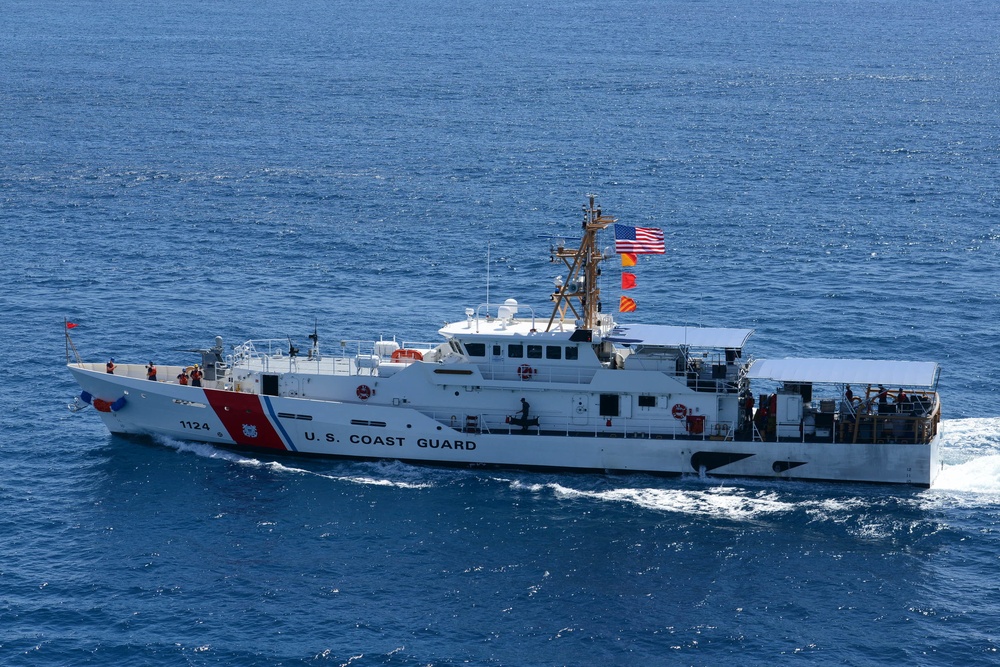 The Oliver Berry’s crew helped to fill the policing gap for illegal, unreported, and unregulated fishing while Samoa’s Nafanua II patrol boat was out of service.

“The United States offered to assist the Government of Samoa by providing security and sovereignty operations in Samoan waters due to the absence of their patrol boat,” said Cmdr. Jeff Bryant, the 14th District’s chief of enforcement. “It was a pleasure to support Samoa in enforcing their laws to protect fisheries and other natural resources within their EEZ.”

The U.S. Coast Guard employs 11 bilateral shiprider agreements with Pacific Island Forum nations, including Samoa, to help them ensure their resource security and maritime sovereignty.  Pursuant to those agreements, host government officials generally join Coast Guard patrols.  Due to COVID-19 protocols, in this instance the Oliver Berry did not make any shore visits or host Samoan government officials aboard.

“The Oliver Berry’s patrol operations highlighted the close U.S.-Samoa partnership and our shared commitment to ensuring security and freedom of navigation in the Pacific,” said Acting Chargé d’Affaires Mark Hitchcock. “We look forward to working with the Samoan Government and Coast Guard to facilitate additional patrols in the near future.”

The U.S. Coast Guard and the Government of Samoa have a history of partnership.  In 2019, the Coast Guard Cutters Walnut and Joseph Gerczak visited Apia Harbor and conducted patrol operations with officials from Samoa’s Ministry of Police and Ministry of Fisheries aboard. Crew from the Coast Guard Cutters also visited Lufilufi Primary School on Upolu Island to donate books, stationary, and sports gear and met with the Samoa Victim Support Group, a non-profit organization that specializes in providing shelter for domestic abuse victims, to donate children’s clothes, baby bottles, toddler blankets and reading materials.

The goal of the Coast Guard remains supportive and responsive to our international partners as they seek to improve the daily lives of their people and contribute to a free and open Indo-Pacific.