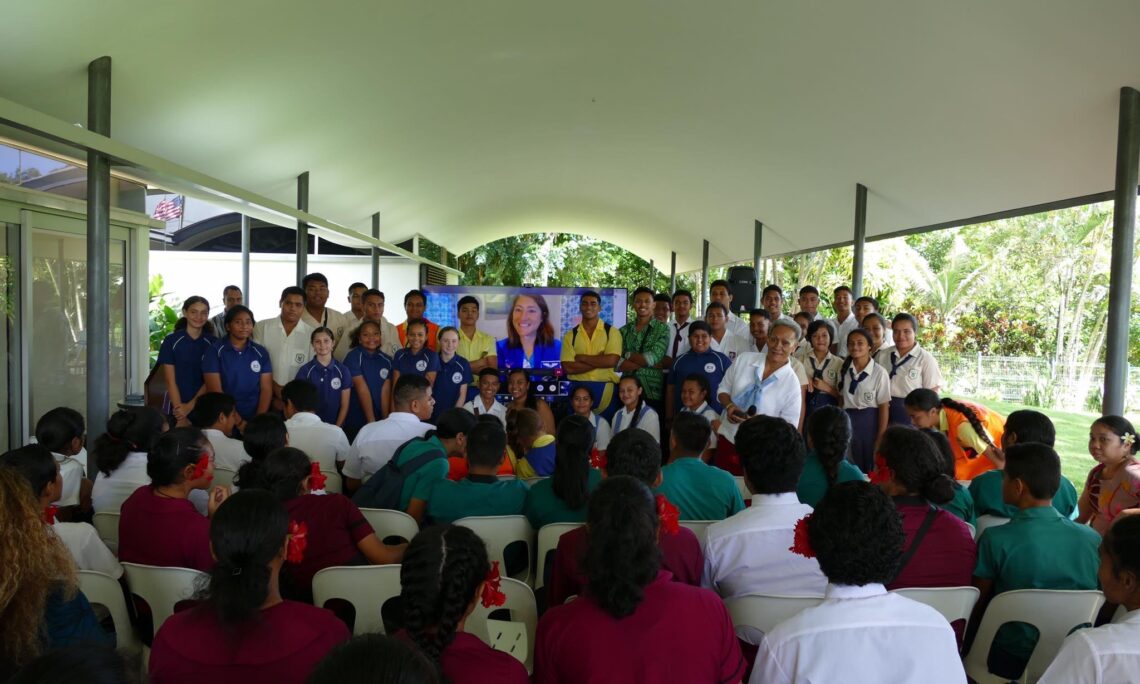 Astronaut Christina discussed her journey to become an astronaut and her training to travel to space.  Christina elaborated on her experiences in space and NASA’s future missions.  She shared images of Samoa and the Pacific region that she captured while in space.

Miss Laura of Pesega College stated that “our students are motivated to work harder to become better people like Christina. They couldn’t stop talking about her experiences and the information they learnt, and to think that they study medicine and science in space just blew our minds.”

“The U.S. Embassy in Apia is planning additional educational programs to further promote studies in the United States and build networks for students and schools to connect with U.S. educational institutes,” said Yoo.

Christina served as a flight engineer on International Space Station Expeditions 59, 60, and 61.  Koch conducted six spacewalks, including the first three all women spacewalks, totaling 42 hours and 15 minutes.  She has also set a record for the longest single spaceflight by a woman with a total of 328 days in space.

In some of her remote scientific field work, Christina served as the Station Chief of the American Samoa Observatory in Tula.  Throughout her career, she has been involved in technical instructing, volunteer tutoring, and educational outreach.