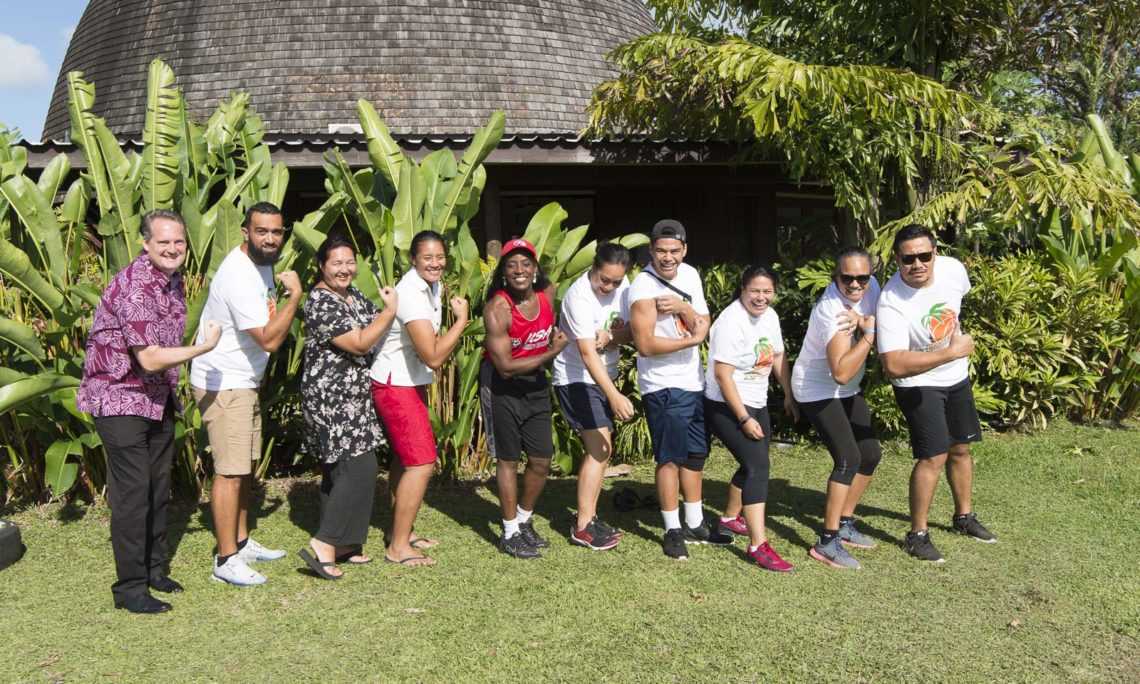 Two time Olympic Gold Medalist and USA Basketball Female of the Year, Ms. Ruthie Bolton has arrived in Apia, greeted by Chargè d'Affaires Tony Greubel and Samoa Institute of Sport team to begin a full week of Basketball Clinics, public speaking and getting a tour of Samoa.

Two time Olympic Gold Medalist and USA Basketball Female of the Year, Ms. Ruthie Bolton has arrived in Apia, greeted by Chargè d’Affaires Tony Greubel and Samoa Institute of Sport team to begin a full week of basketball clinics, public speaking and a tour of Samoa.

On the first day, Ruthie visited Leififi College and gave an inspirational basketball clinic with young aspiring basketball players from the college.

In the afternoon, Ruthie Bolton visited with Mr. Fepuleai Patrick Fepuleai (President of SASNOC) and members of the Samoa Association of Sports and National Olympic Committee (SASNOC) to discuss sport and fairplay. Following this meeting, Ruthie lead a workshop with members of the U17 Samoa National Boys and Girls Basketball 2017 (part of the Samoa National Basketball Federation). Great work out, great team effort, and great team Spirit!

Ruthie kicked off Day 2 on the Magik FM Breakfast show with hosts Corey and Roa.  There Ruthie was able to share her story and the highlights of her trip with a larger listening audience.

Ruthie was the featured guest speaker for this month’s Ending Violence in Samoa (EViS) Roundtable Discussion, a monthly program run by UN Women to highlight the fight against domestic violence in Samoa.  A very heartfelt Q&A followed Ruthie’s presentation.

More clinics were to follow, capping off Day 2 at Robert Louis Stevenson College and beginning Day 3 at Vaimauga College.

Faculty and students at NUS got a chance to screen Ruthie’s documentary film “Mighty Ruthie,” which details Ruthie’s triumph over adversity on the basketball court and the harrowing challenges in her personal life, being in a violent marriage for over 10 years, even during the peak of her professional success.

Ruthie made time to visit Samoa’s only domestic violence and abused children’s shelter, the Samoa Victim Support’s House of Hope.  It was here Ruthie bonded with the children and shared her message of hope.  They also found time to play a little basketball while there.

Day 3 ended with one final public clinic in partnership with Nobesity Samoa, an organization dedicated to keeping kids active and making healthy eating decisions.  In all, Ruthie reached over 500 kids and several hundred adults with her messages of working hard, staying focused on your dreams, and overcoming various types of adversity in life to turn your pain into power.